Bitcoin uses 60% of renewable energy while being 100 times more secure than all competing cryptocurrencies combined. 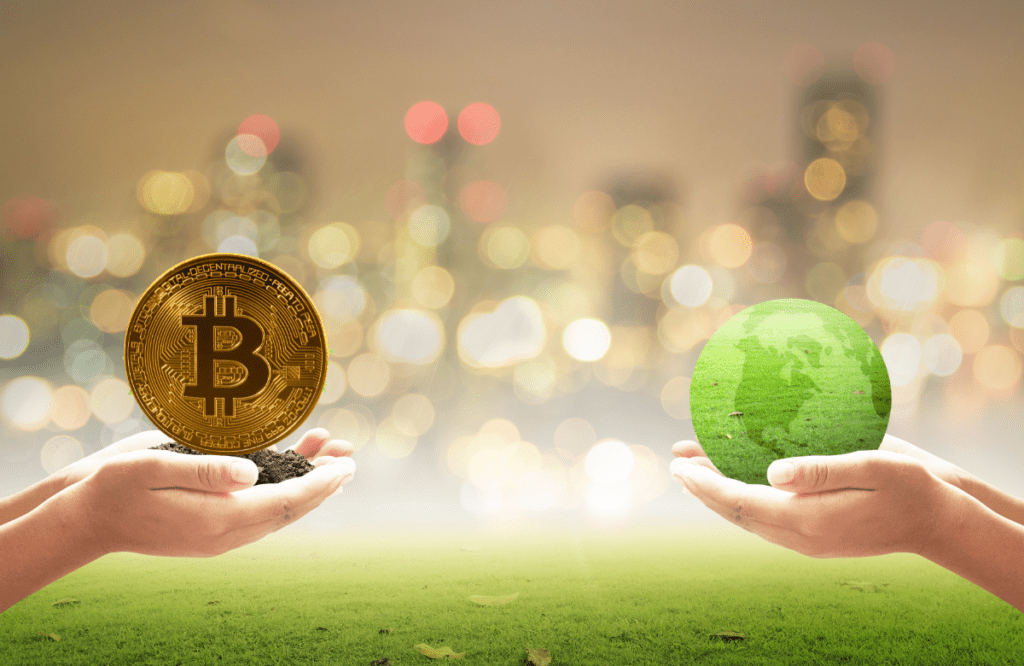 Bitcoin is not perfect.

What? A bitcoiner who dares to criticize bitcoin?

Yes, because even though I'm a bitcoiner, I'm first and foremost a truth seeker. Remember Bitcoin's motto: "Don't trust, verify."

So I spend my time checking to try to form a personal opinion that I share with you. I'm not trying to sell you anything contrary to what some people tell me in comments or messages. I am sharing my opinion which is subjective.

My opinion is the truth to me. Not an absolute truth, but MY truth and the one I invite you to challenge by thinking for yourself.

Although that I recently debunked many false myths about the environmental impact of Bitcoin , to restate what I believe to be true, it's up to you to prove me wrong, if you disagree, I recently wrote an article criticizing Bitcoin.

Bitcoin is not perfect and I am aware of that.

So there are 3 valid criticisms you can make of Bitcoin in my eyes:

I explain all this in detail here:

"Here are the 3 legitimate criticisms you can make about Bitcoin."   As for the rest, the latest report from the Bitcoin Mining Council (BMC) has just been published and I think it's always interesting to look at it to see how the Bitcoin mining industry is developing in terms of its goals of impacting environment.

As a reminder, BMC has 51 miners, which now represent 45% of the Bitcoin network's hash rate.

The BMC report for the third quarter of 2022. , which I urge you to read, tells us that Bitcoin uses an insignificant amount of the world's energy (0.16%) and that its share of CO2 emissions is even more insignificant (0.10%):

The reason is simple: almost 60% of the electricity used by Bitcoin miners comes from renewable energy:

As you can see, the figure rises to 67.8% for BMC players, who account for 45% of the Bitcoin network hashrate. Their commitment to making Bitcoin ever greener is commendable.

The computing power dedicated to protecting the Bitcoin network has risen by 73% year over year. However, power consumption only increased with the 41%. This difference is explained by the 23% increase in the energy efficiency of the mining machines.

This increase in efficiency is largely due to Moore's Law, which states that the transistor density of microprocessors doubles every two years due to technological advances. Mining machines today use 5nm chips and by 2027 will use 1.4nm chips according to world leader TSMC.

Moore's Law and the fact that the reward paid to miners is halved every four years during the Bitcoin halving event significantly limits Bitcoin's energy consumption. This allows us to say in passing that the security of the Bitcoin network does not depend only on the amount of energy injected. It also depends on technological advances in the semiconductors used to generate the hashes. This is why Proof-of-Work makes Bitcoin superior .

The BMC estimates that the amount of electricity needed to maintain the current level of security of the Bitcoin network will be divided by 24 within eight years.

Of course, if the value of Bitcoin increases by a factor of 24 over the same period, electricity consumption will stagnate. Indeed, the appreciation of BTC makes it profitable to include more machines. Given these figures, we are a long way from “ the boiling of the oceans ”, contrary to what Bitcoin detractors say. Not to mention the fact that Bitcoin is the best technology to put out methane flares and thus help fight global warming.

During the presentation of BMC's Q3 2022 report, it was pointed out that from this quarter onwards we will see a 40% increase in the energy efficiency of Bitcoin mining machines, thanks to the arrival of S19XP Antiminers. They have a power efficiency of 21.5 watts per Terahash, compared to 29.5 W/Th for its predecessor, the S19Pro.

BMC didn't fail to notice that Ethereum just left the Hash Rate race, raising concerns that Ethereum 2.0 is a massive censorship machine in the hands of the US OFAC.

"Ethereum 2.0: How the Network's Centralization Turns It into a Fearsome Censorship Machine"

Another way to look at it is that the combined computing power of Google, Amazon and Azure is less than 1% of that of the Bitcoin mining industry. This giant gap is due to the fact that miners use ASICs specifically designed for the SHA-256 algorithm.

BMC concluded its quarterly report with a presentation by Romain Nouzareth on the utility of Bitcoin mining to strengthen electrical grids. The big challenge for energy companies is to be able to cope with peaks in consumption. This forces them to maintain numerous power plants that are not economically viable but are necessary to avoid blackouts during peak times.

All this means that the demand for electricity is not constant over time. Daily consumption peaks are observed in the early morning and evening. The explanation is simple: this is the time when people are at home.

Weekends are less energy intensive as industries are usually closed. Added to this is the climatic factor responsible for seasonal peaks. They occur in winter (heating), but also in summer in hot periods (climate).

“We are the only digital industry in the world that can stop consuming electricity suddenly. That's not the case with Google or Amazon's data centers, which are always up and running.

For example, in Quebec, where we use 20 megawatts of energy, we turn off our machines mainly during winter peaks. When the population needs heating because it is cold, the energy supplier can ask us to turn off our miners. We do this for a certain number of hours each year, mainly in the winter.

This is a great way for the utility to sell electrons that they haven't sold before. Let's take an example: you are a municipality with 20,000 homes and you have access to 100 MW of power. You never want to run your network at 100% because you need margin for very large spikes. So you will increase it to 80 megawatts. In summer, the municipality will use 60 megawatts of power, and in winter, because it is cold, 80 megawatts.

Of course, in Quebec most of the energy is hydroelectric, so the energy consumed by the mining industry in Quebec does not emit CO2.

Finally, remember that Bitcoin miners are encouraged to find where electricity is cheapest. This electricity is necessarily generated from surplus renewable energy.

let's face it Bitcoin is a force for good in the fight against climate change !